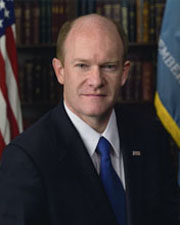 Ending the BigLaw Racket: A Conversation With Brian Fallon

A number of leading music industry executives have formed Change Is Coming, a political action committee committed to political change in 2020.
Source: Billboard.com

Ninety drivers entered for BC39 midget race at Indianapolis

Kyle Larson, Ricky Stenhouse Jr. and Christopher Bell are among those entered in the second annual event.
Source: Nbcsports.com

Long: NASCAR’s future steals spotlight from the past at Darlington

A Cup driver has earned their first win of the season at Indianapolis four times in the race's 25-year history.
Source: Nbcsports.com

Bump and Run: Should NASCAR’s throwback weekend move to another track?

The NBC Sports writers discuss if Hall of Famers such as Bobby Allison and Richard Petty could enjoy the throwback weekend at a track other than Darlington Raceway.
Source: Nbcsports.com

Entry lists for NASCAR at Indianapolis

Sunday's Cup race will determine which drivers fill the final spots for the playoffs.
Source: Nbcsports.com

A resolution expressing support for the designation of 2019 as the 'International Year of the Periodic Table of Chemical Elements'.
Science, Technology, Communications

A resolution recognizing Vision To Learn as a national leader in improving access to prescription eyeglasses for students in low-income communities, thereby helping those students succeed in school, and for providing vision exams to 200,000 students since its founding.
Health

A bill to amend the Energy Conservation and Production Act to reauthorize the weatherization assistance program, and for other purposes.
Energy

A bill to amend the Atomic Energy Act of 1954 and the Energy Policy Act of 2005 to support licensing and relicensing of certain nuclear facilities and nuclear energy research, demonstration, and development, and for other purposes.
Energy

A bill to promote human rights and accountability in Saudi Arabia, and for other purposes.

A bill to direct the Director of the National Science Foundation to support research on opioid addiction, and for other purposes.
Science, Technology, Communications

A bill to create a Climate Action Rebate Fund in order to efficiently reduce greenhouse gas emissions, provide a monthly rebate to the American people, encourage innovation of clean energy technologies and create new economic opportunities, ensure the resiliency of our infrastructure, assist with the transition to a clean energy economy, and leave a healthier, more stable, and more prosperous nation for future generations.
Taxation

A bill to improve commercialization activities in the SBIR and STTR programs, and for other purposes.
Commerce

A bill to strengthen the position of the United States as the world's leading innovator by amending title 35, United States Code, to protect the property rights of the inventors that grow the country's economy.
Commerce

A bill to establish the IMPACT for Energy Foundation.
Energy

A bill to amend the Energy Policy Act of 2005 to require the establishment of a small business voucher program, and for other purposes.
Commerce

A bill to amend the Internal Revenue Code of 1986 to extend the publicly traded partnership ownership structure to energy power generation projects and transportation fuels, and for other purposes.
Taxation
Financing Our Energy Future Act This bill amends the Internal Revenue Code, with respect to the tax treatment of publicly traded partnerships as corporations, to expand the definition of &quot;qualifying income&quot; for such partnerships (known as master limited partnerships) to include income and gains from renewable and alternative energy generation projects (in addition to fossil fuel-based energy generation projects) and related infrastructure for transportation or storage, including energy deriv...

A bill to amend the Higher Education Act of 1965 to improve college access and college completion for all students.
Education

A bill to establish the Partnership Fund for Peace to promote joint economic development and finance ventures between Palestinian entrepreneurs and companies and those in the United States and Israel to improve economic cooperation and people-to-people peacebuilding programs, and to further shared community building, peaceful coexistence, dialogue, and reconciliation between Israelis and Palestinians.
International Affairs

A bill to amend the National Institute of Standards and Technology Act to improve the Network for Manufacturing Innovation Program, and for other purposes.
Commerce

A bill to transfer and limit Executive Branch authority to suspend or restrict the entry of a class of aliens.
Immigration
National Origin-Based Antidiscrimination for Nonimmigrants Act or the NO BAN Act This bill imposes limitations on the President&#39;s authority to suspend or restrict aliens from entering the United States and terminates certain presidential actions implementing such restrictions. It also prohibits religious discrimination in various immigration-related decisions, such as whether to issue an immigrant or non-immigrant visa, with certain exceptions. The President may temporarily restrict the entry...

A bill to establish a universal personal savings program, and for other purposes.
Labor and Employment

A bill to provide for Federal coordination of activities supporting sustainable chemistry, and for other purposes.
Science, Technology, Communications

A bill to implement the recommendations of the U.S.-China Economic and Security Review Commission, and for other purposes.
International Affairs
U.S.-China Economic and Security Review Act of 2019 This bill calls for various reports to Congress on China-related topics and revises labeling requirements under the Foreign Agents Registration Act. Various agencies shall report on whether the United States should file a complaint with the World Trade Organization against China and on China&#39;s trade-distorting practices; efforts to prosecute Chinese Communist Party (CCP) affiliates who threaten or coerce U.S. residents; Chinese bases in...