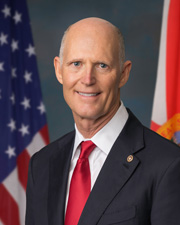 A resolution honoring the memory of the victims of the heinous attack at the Pulse nightclub on June 12, 2016.
Crime and Law Enforcement
This resolution commemorates the 49 victims killed in the attack at the Pulse nightclub in Orlando, Florida, on June 12, 2016. It also offers heartfelt condolences to the families, loved ones, and friends of the victims.

A bill to amend the Robert T. Stafford Disaster Relief and Emergency Assistance Act to improve accountability of disaster contracts, and for other purposes
Emergency Management

A bill to make improvements to the conduct of United States foreign policy through a change in the supervision of the Peace Corps and transferring it from the status of 'independent agency' to a subordinate agency within the Department of State, and for other purposes.

A bill to require online retailers to prominently disclose product country-of-origin information, and for other purposes.
Commerce

A bill to amend title 14, United States Code, to enhance the land-based unmanned aircraft system program of the Coast Guard, and for other purposes.
Transportation and Public Works

A resolution expressing the sense of the Senate regarding Turkey's purchase of the S-400 air and missile defense system from the Russian Federation and its membership in NATO, and for other purposes.
International Affairs

A joint resolution proposing amendments to the Constitution of the United States relative to the line item veto, a limitation on the number of terms that a Member of Congress may serve, and requiring a vote of two-thirds of the membership of both Houses of Congress on any legislation raising or imposing new taxes or fees.
Congress

A bill to repeal the provision of law that provides automatic pay adjustments for Members of Congress.
Congress

A bill to amend the Employee Retirement Income Security Act of 1974 to protect patients from surprise medical bills.
Health

A bill to prohibit contracting with persons that have business operations with the Maduro regime, and for other purposes.
Government Operations and Politics
Venezuelan Contracting Restriction Act This bill prohibits an executive agency from entering into a contract for the procurement of goods or services with any person that has business operations with an authority of the Venezuelan government that is not recognized as the legitimate government of Venezuela by the U.S. government. (The United States recognizes Juan Guaido as interim President of the legitimate government of Venezuela.)

A bill to address the high cost of prescription drugs.
Health